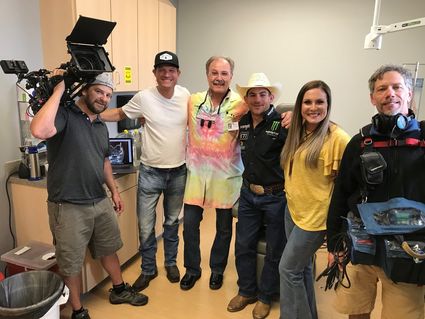 In 2018, Dr. Wyatt led a team to put Chase back together after taking a blow to his face during a bull ride at Cheyenne Frontier Days. Chase had 15 fractured bones in his face that required 12 hours of surgery, 68 screws and 11 plates to put him back together.

Chase thanked Dr. Wyatt for allowing him to continue to ride and helping him achieve his current status as second ranked bull rider in the world. T...