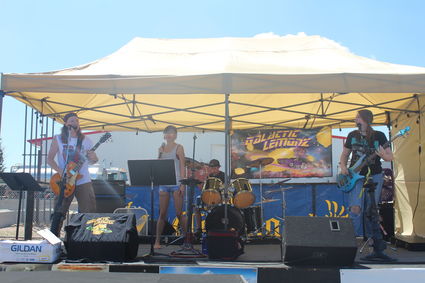 From prom royalty to rock gods, local favorites Galactic Lemonz starred at this years street dance and car show. Sibling duo Jason and Jessie Weller wowed the crowd at the Knotty Pine with a performance that would amaze even the most seasoned players.

Having performed for the last four years, Trail Days is to be the Lemonz last shows before both Jason Weller and bandmate Lucy Syvanen head off to Casper College where Jason will study music on several scholarships and Lucy will study welding. When I asked Lucy about her music career she said, "I love music. I just find it relaxing, so I try t...