Honor Coin for a Veterans family 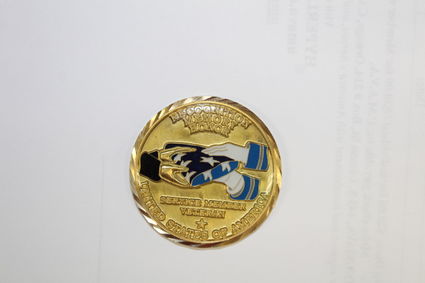 Front of the Honor coin.

The idea of the challenge coin can possibly be dated back to ancient Rome. It is said that if a soldier performed well during battle he would be paid his daily wages plus one extra coin. Some historians say that the extra coin was specially stamped with the legion that it came from, and many of the soldiers would save that particular coin.

It's unclear where the modern practice of handing out coins comes from. There is a story of a wealthy officer from World War I that had bronze medallions made with his flying squadrons insignia on them to award to his men. According to the story, one of...