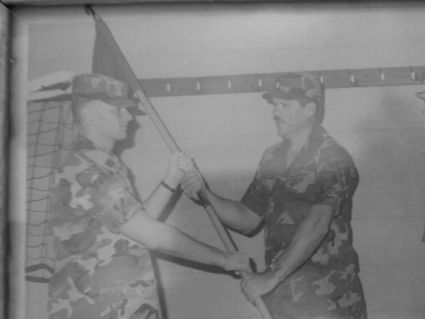 Born and raised on a farm outside of Oshkosh, Wisconsin, in September of 1957, Veteran Timothy L. Sheppard was the youngest of four children. He graduated from Oshkosh West High School and headed off to college at the University of Wisconsin - Oshkosh.

Sheppard would finish three semesters and struggled with decisions about his life. It was during his senior year, Sheppard lost his mother in a house fire. This was an extreme hardship having lost his father in a construction accident when he was a toddler. His father was a World War II Veteran who served in 1945-1946 in the United States Arm...