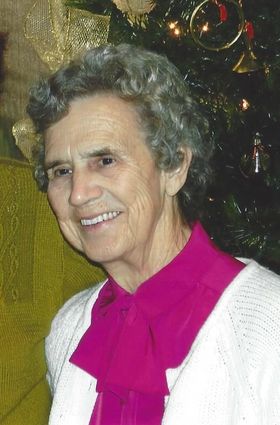 Phyllis Minnick died on October 7, 2019 at home, with her daughter, Lani, after a short battle with cancer. She was 81. She was born in Kimball, NE on June 25, 1938 to Charles and Leila Strube. Phyllis grew up in Pine Bluffs and spent most of her life in Southeast Wyoming, also having lived in Oregon and Arizona.

She graduated from Pine Bluffs High School and attended Nebraska Wesleyan College in Lincoln NE. She married Loyd Walters and had a daughter, LaLani. Later, she married Rodney

Minnick and had a daughter, Luana and a son, John.

Phyllis loved sewing and her knitting machines, at one time having her own knit shop. In recent years she loved making seed bead bracelets on a loom. She did beautiful work, whatever she was making. Through the years she made many many pieces and gave them to family and friends, filled with love in every thread and stitch, She also loved music and had been in several singing groups during her life.

Her family is planning a celebration of her life at a later date. Correspondence may be sent to Schraders Funeral Home or on their website or email to [email protected]