Stand Down for Homeless Veterans and Homeless 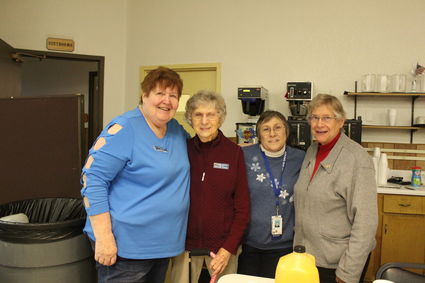 Serving your country comes with an honor. However, there was a time our Veterans were not hailed as heroes, not protectors of our country and more. VietnamVeterans came home to a country that openly disrespected them. This led to many problems for the Veterans, including one of homelessness.

The first Stand Down was organized in 1988 by a group of Vietnam Veterans in San Diego.  Since then, Stand Downs have been used as an effective tool in reaching out to homeless Veterans, reaching more than 200,000 Veterans and their family members between 1994-2000.

The Cheyenne Veteran Affairs in conjunction with the Francis E. Self American Legion Post 6 recently held their annual Cheyenne Homeless Veterans Stand Down. This has been a huge success over the last few years.

Lunch was served for the veterans free of charge. Governor Gordon was present and working the serving line, along with Tim Sheppard, Director Wyoming Veterans Commission. Many veterans received information on services provided for veterans.

This years Stand Down was also opened to any homeless in Cheyenne. "With the growing number of homeless in our town, we try to help when we can," stated a member of Post 6.

The ballroom at Post 6 hosted a barbershop, bike repair shop and information center to help veterans, homeless people and anyone in need Thursday for the city's annual Stand Down. 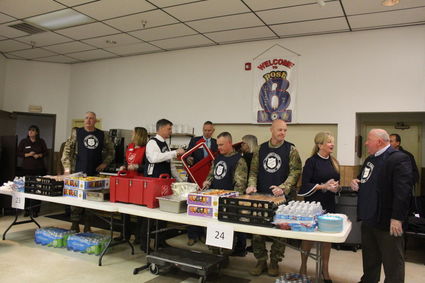 This event, was created to connect veterans with vital services and recently open to serve all homeless, whether they were Veterans or not. Many community organizations set up booths with information to assist in most the needs, such as job information, health care, programs for housing, etc.Kim Fisher, a member of the Cheyenne Veterans Affairs Medical Center, clarified the need is much more than just our Veterans. "Spouses, and children also have needs not being met. All homeless were invited. If you were a homeless Veterans, we had special programs and items available to them." she said.

"It kind of evolved into this resource fair, if you will, where today we have flu shots, legal services and haircuts that we give out."

Free flu shots were provided to Veterans, and there was be a wide range of information and services available at this year's program.

While there were services for the Veteran and homeless, dog food and treats were also available for homeless pets.