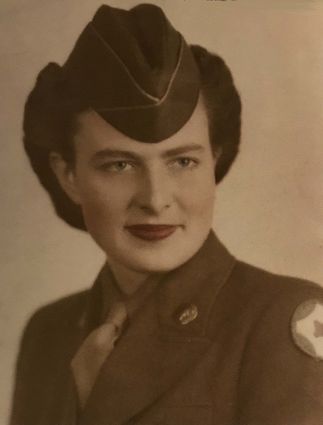 Courtesy of Dorothy Brandt Above: Dorothy(Hinson) Brandt, rank T-4 in 1947.

Dorothy Mae Hinson was born May 03, 1927 in Monroe, N.C. to Gaither Winslow Hinson of Monroe, N.C. and Ester Emmalille (Purser) of Union County, N.C. and was one of six children.

She entered the U.S. Army at age of 16. Hinson convinced a neighbor, who was too old to serve, to sign an affidavit stating she was twenty-one years of age. She enlisted the year was 1944.

Hinson would serve until April, 1947. She would continue her friendship with John Brandt after they both were discharged from the military. On July 6, 1947 she would marry John Henry Brandt.

Now known as Brandt, she would be w...