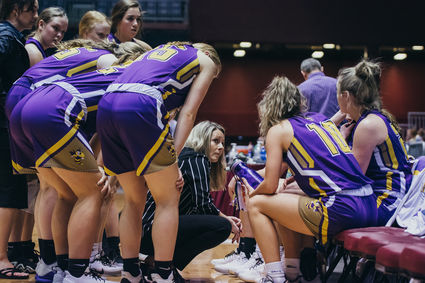 The Lady Hornets came out strong in this years tournament games. The girls started the weekend with a 57/30 win over Kemmerer on Thursday. Not to be swayed by the big gym and the early time, the girls came out strong with winning on the brain. The ladies marched into the Friday semi-final game with that same spirit and managed a 63/27 resounding defeat over Niobrara County. 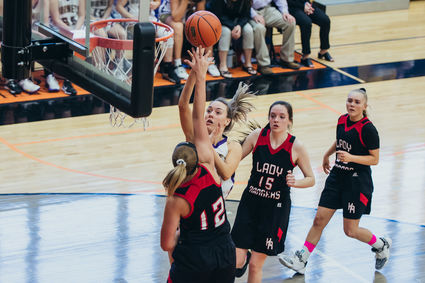 Spirits high and an attitude to win, the Lady Hornets came into Saturday's championship game ready to fight. The Lady Hornets fought hard, but were just not able to make it to the win with a 46/52 loss to Wyoming Indian. While they weren't able to bring home the banner, the girls played a season that they can be proud of. Several of the Senior Lady Hornets will be leaving with honors of their own. Hyleigh and Maddie Fornstrom along with Jaden Shelit were awarded All State. Those three girls along with Sophie Howard and Dylan Sweeter were awarded All Conference.

Coach Lindsey Forbes said "I am so proud of these girls. They played hard, but unfortunately we came up a little short of our end goal. It doesn't take away from what they accomplished this year." We here at the Post couldn't be more proud of our Lady Hornets as well.