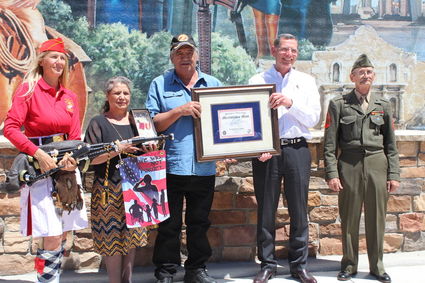 Several veterans were joined by Senator John Barasso this weekend as the Donald Eisenhauer American Legion Post 60 celebrated a brick laying ceremony recognizing the time and sacrifice that many of them made during their lives.

"Wyoming is unique in that cowboys never quit, and cowboys never complain, and neither will the United States Military. They will never let us down" stated the senator in his opening remarks to those in attendance. Barrasso shared many of the unique experiences of his father and other members of his family during their time of service and gave each veteran in attend...