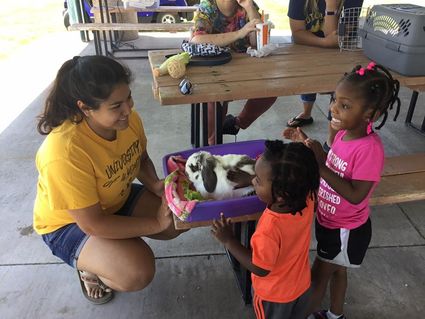 Above left: Diane Sanchez shows her bunny to a couple of parade watchers.

Everyone that attended was awarded a participation ribbon, and Tinkerbell the dog was able to show off her wardrobe. Diana Sanchez's bunny won a blue ribbon for being the most entertaining pet in attendance. A big thank you sent out to Desiree Johnson for bringing Tinkerbell and making the day a little more fun.

Fornstrom is leading Tuesday at the Trails this morning...