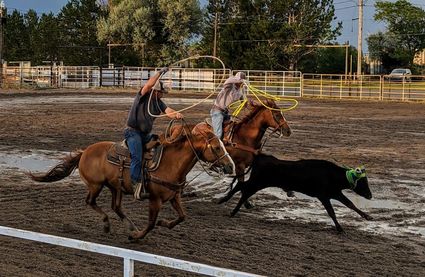 Rex Stauffer and J.R. West, both of Harrisburg, Nebraska, took home the top honors for the night, said Abby Cross, a partner in B-S Productions with Brent Lerwick and Mike Shelit.

The "10x10 Round Robin," which saw 10 heelers and 10 headers all getting a chance to compete with each other in teams, was the second of a series being put on by B-S Productions.

In addition to Friday's event, a performance was held June 26. Other events are scheduled for July 24, Aug...