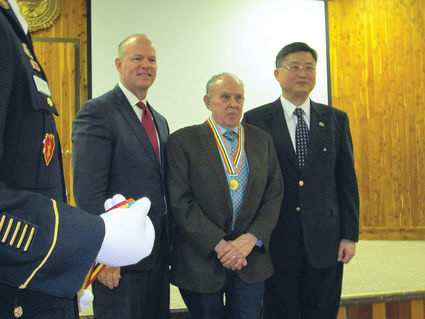 Wyoming Governor Matthew H. Mead stands to the right of Allan Jones (center) who had just received the Republic of Korea Ambassador for Peace Medal from Consul General Shin Chae-Hyun of the Republic of South Korea for his service as a Navy corpsman during the Korean War.

Each year, the President of the United States issues a proclamation announcing July 27th as a day of national observance in honor of Korean War veterans and their families. There are observances of this day on military bases, at military cemeteries such as Arlington National Cemetery, and more informal observances held in America, South Korea, and elsewhere.

A Brief History Of The Korean War

Korea was, at one time, a united peninsula with no divisions between North Korea and South Korea. One of the agreements made during World War Two was between the United States and the Soviet Union; the...