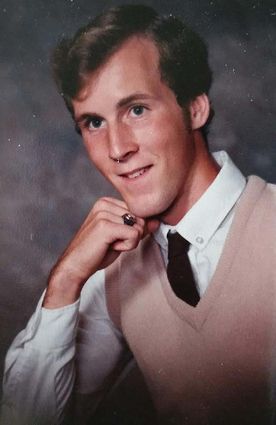 East coast born and raised Brian Higgins, son of John and Mildred Higgins, has made his move to Wyoming.

Higgins grew up in the nice little town of Bristol, Maine. He graduated from Lincoln Academy, Newcastle, Maine in 1989. In his late teens and early 20's, he was a member of the Bristol Fire & Rescue as a volunteer fireman and licensed first responder.

After working in Camden, Maine as a life guard and swimming instructor at the local YMCA, he joined the Air Force active duty in 1993. "I wanted to do something that mattered and helped our great country." Higgins said. During that time, he completed classes that counted towards college. "A lot of my family has served in the military, dating back to our country's Revolutionary War." he added. Higgins would retire in 2013.

Higgins normally worked the flightline or Passenger Terminal as an Air Transportation Specialist. Loading and offloading cargo, vehicles, and passengers from aircraft. He also worked with hazardous cargo, registered mail, or anything that could be loaded onto a C-5 cargo aircraft. "Being a support person it was nice to be able to help get water, food, and medical supplies to natural disaster areas around the world, while working as a team to get the mission done. It was very gratifying to know what we did made a difference worldwide. I was always a hard worker with a getter done attitude." stated Higgins.

It was this 'getter done attitude that would make him stand out. He was awarded the Humanitarian medal three times for his dedication during humanitarian missions!

After retirement from the military, Higgins moved to Casper Wyoming for a job with the Bureau of Land Management. He worked as a Legal Assistant, Energy Program Specialist, and Legal Instruments Examiner. He also completed a detail as a Natural Resource Specialist. During this time Higgins also had additional duties such as District Photographer and District Fire Chaplain.

With the assistance of The American Legion, I was able to take advantage of the 911 GI Bill for college. To date he has completed an Associate of Applied Science degree in Recreation Management with a minor in Parks Management in 2017. And a Bachelors of Arts degree in General Studies with a concentration in Environmental Science in 2018.

Higgins has started to write articles and has discovered a love for taking landscape & wildlife photos. "I would not be where I am today or doing as good, if it wasn't for my time in the military. It has given me a love for life and an eye to see life's beauty." he said.

Willing to share his experiences and the benefits of serving in the military, Higgins offered this advice to the younger adults that may be thinking of joining the military, "I would say try it for at least four years. You would get a sense of pride for completing work or task that could have a global impact. Where else would you get such a chance to make a major impact and have a chance to form lifelong relationships and become a brother or sister in our military family." He further added, "You also get benefits, like the 911 G.I. bill for college. Keep in mind each base or assignment you get is what you make of it. The more dedicated you are to your job, the more options you may get; like being handpicked for a selective job, that not everyone will get a chance to do."

In reflection of his military career, Higgins stated, "I would do it all over again, because where else would I have made such an impact and be able to grow into the person I am today. I had a Top Secret SCI, Yankee White security clearance for being on a Presidential detail at Andrews AFB, MD that I was hand selected for. For being part of the Special Air Mission Passenger Service (SAMPAX) selectively manned team." He added, "I could not have achieved these things outside the military." 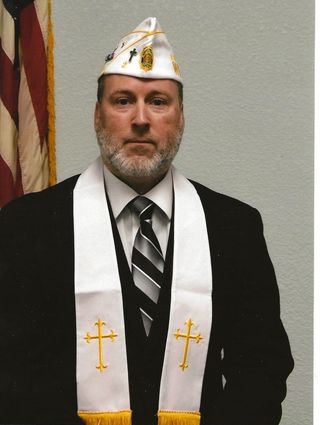 While in the military, he completed training as a PADI Recue Diver and had a chance to see the Great Pyramids in Egypt, go downhill skiing in Norway & Sweden, and go scuba diving in Norway, Guam, & Cuba.

"Out of all the military decorations I have earned, I am most proud of the three Humanitarian Medals I earned over my 20 years, and this ribbon is the only one, I wear on my American Legion Department of Wyoming Assistant Chaplain cover." Higgins said.

Higgins has made his home Casper. He is divorced from a 20 year marriage, and has two daughters: Rachael, 18 and Rebecca, 21.

Thank you for your service.