Broncs come away with win and a loss 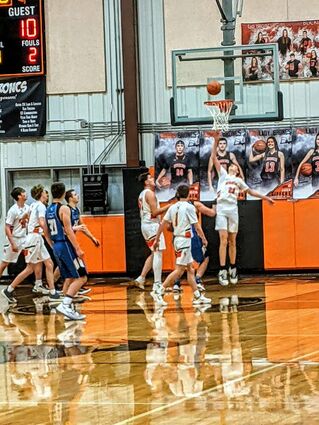 Above left: Broncs No. 21, Isaac Bloom jumps up to the basket to score for Burns.

Saturday, December 19, Burns Broncs played another home game. This time against one of the best teams in the state the Worland Warriors. Coming off the win against the Lyman team the day before they had high hopes for their game against the Warriors. The Warriors proved to be a bit too much for the Broncs as they were handed their second loss of the season. The Broncs lost the contest 79 to 33. It was disappointing but a great game to build and learn from.

Coach Suloff had this to say, "Worland is a very good team. They were able to get pretty much whatever they wanted offensively and we...