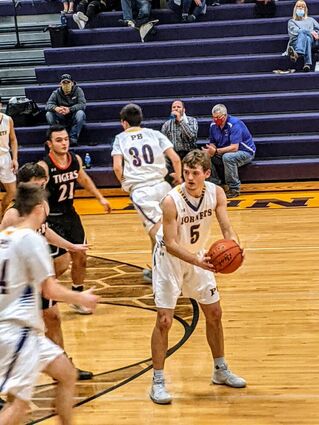 This week we give a "shout out" to Reed Thompson of the Pine Bluffs Hornets varsity basketball team. Two weeks ago in the game against the Niobrara County Tigers Thompson hit a milestone in basketball stats by hitting his first triple double of the season. A triple double is when you score double digits in three of five categories, points, rebounds, assists, steals and blocked shots in a single game. Thompson scored recorded 10 points, 11 rebounds and 10 assists.

Doesn't sound too hard? Well since the stat has been recorded in 1980 there have only been a handful of players in the National...