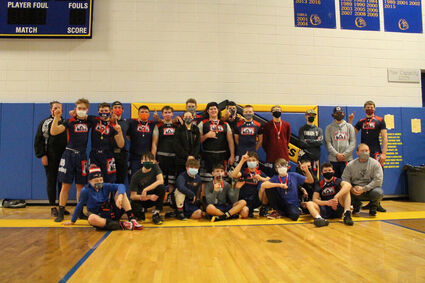 The Burns/Pine Bluffs wrestling team has a state champion for the first time in 18 years. Lincoln Siebert is the Wyoming State Champion in wrestling in the 285-pound class. The Burns/Pine Bluffs wrestling team traveled to the Wyoming High School 3A State Wrestling Championship Match. The team placed eighth out of 16 teams with a total point score of 91 points. There was some other stand out performances by members of the team. The state champion turned out to be Star Valley who had four state champions in their weight class. Second was Douglass and third was Worland.

During the two-day co...