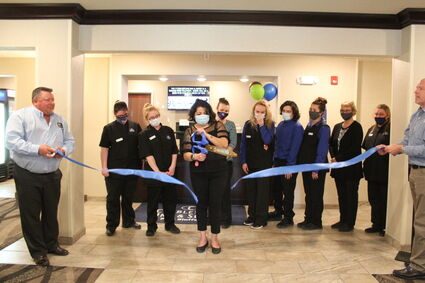 Although Cobblestone Hotel opened their doors on March 12, 2021 the hotel was forced to put all of their activities on hold due to the snow storm and events that followed.

The Cobblestone Hotel was finally able to host their grand opening and ribbon cutting ceremony.

There was quite the list of activities to do on Wednesday. There were several speakers including, but not limited too, the President and CEO of Cobblestone Hotels Brian Wogernese and Pine Bluffs Mayor Allen Curtis.

The hotel staff had designated six specific rooms for tours. One was called the extended stay room. These rooms a...