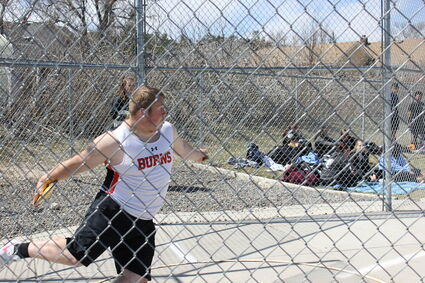 "Records are made to be broken" as the saying goes. Well sometimes that is harder than it seems. In large cities records are broke frequently. There is such a larger pool of athletes that will be trying to break records in all disciplines of sports. But in the smaller cities and townships it may take longer, sometime even years or decades before a record is broke. The small town of Burns had one such event last week at the Pine Bluffs Field Extravaganza.. Wade Pollack broke a record that was set back in 1997 by John Hayes. Hayes threw an impressive 50ft 6in to set the record. And that recor...