Jim Wilkinson stars at the Knotty 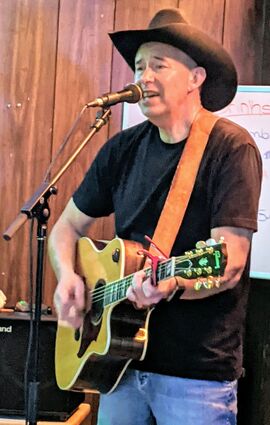 Above: Jim Wilkinson performs at the Knotty Pine Saloon

Jim Wilkinson, is a celebrity in Laramie county. Wilkinson when been in music most of his life. High School and college he were a DJ. With his brother being in a band he decided to played, too.

Start with rock and roll band singing and playing bass. Later Wilkinson went in country music. He was influenced of the 70's rock and rolls and George Strait.

Through the years he has been in several bands. One of the main band he were

in Cheyenne area was Allison Draw. Time and being active in community cause

Wilkinson to more to be one man band. He stated that it easier for him. Being out on his ow...