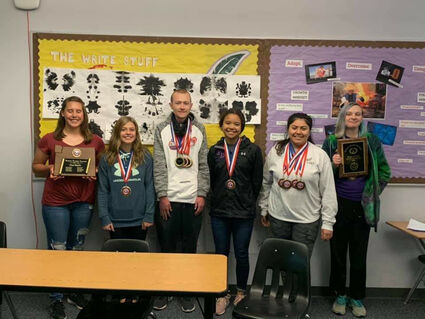 The Wyoming Academic Challenge was founded in 1996, it is a contest for academically challenged students. It starts in October and ends in April. This year all the contests were held on Zoom. Each contest consists of four to five questions. Most contests are oral but a few are written. The team consists of four members. There are six regional contests to participate in to qualify to go to State. Each High School is allowed one team to compete to state.