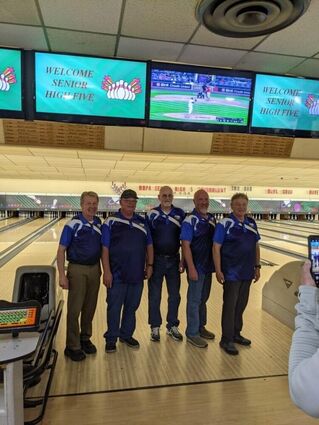 The Pine Bowl team recently traveled to Cheyenne to compete in the Sr. High Five in the State Competition at the Two-Bar Bowl.

The tournament took place on May 15 and 16. When they finished the first day they were in first place. They played a total of eight games, and managed to pull off a sweet victory, having never faultered. It is very rare that a team stays in first thoughout the tournament.