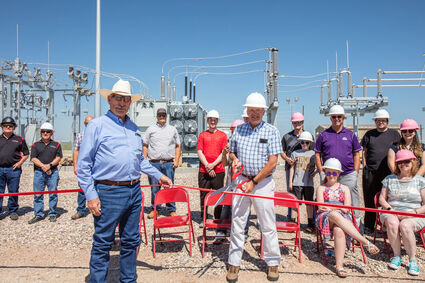 Above: Board President Ed Prosser, LEFT, and Former Engineering Manager Lloyd Sisson (with the scissors).

"Work your fingers to the bone, what do you get? "Boney fingers, boney fingers", according to the late great Hoyt Axton! What happens after that is normally retirement. In the case of Lloyd Sisson that's exactly what happened.On June 8, 2021 High West Energy hosted retirement party for Sisson.

Sisson has been the community for years. His mother and father had a business of selling, and repairing shoes. Through his high school years, Sisson was on the football team that had a winning year. He was co-captain of the track team and a miler as well. In 1968 his track team took second place in...