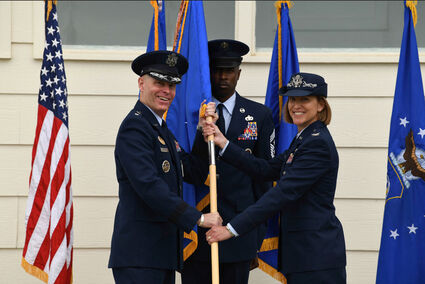 Col. Peter Bonetti, the outgoing commander of the 90 MW, shared his gratitude toward the wing.

"I would be a fool if I didn't recognize the help I've received this entire time," said Bonetti. "I can see everyone here now in the front row, all the people who've been there for me."

He explained that the support extended past Cheyenne.