Down and Dirty in the Mud! 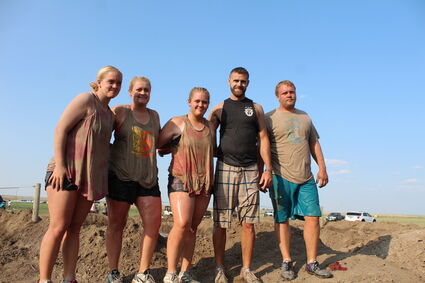 Bump and splash is what you hear from the volleyball courts. The 29th Annual Trail Days Coed Mud Volleyball Tournament was played on Sunday August 8th out at the Pine Bluffs Distilling area. This year they added three courts. This allowed more teams and they were able to finish an hour early.

There were fifty-five games played with twenty-eight teams. Each team had three women and three men on it.

The history of the tournament started in 1991. In 2007 they had the biggest turnout of teams with thirty-one. After that year they decided to have thirty teams tops. In 2002, there was a drought...