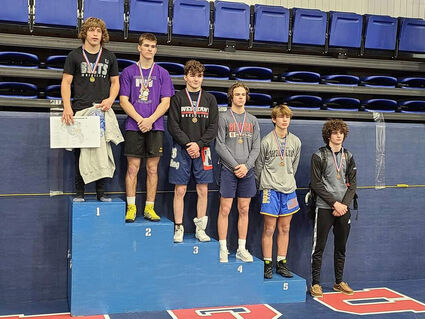 The team won pin falls in the 106 lbs and 126lbs. The again they won by pin fall in the 182 lbs class. There were several wins by forfeit but a good showing by the Burns/Pine Bluffs team.