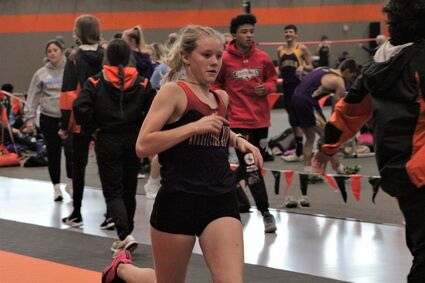 The Burns/Pine Bluffs indoor track team competed in the Casper Natrona Meet last Friday. Some of the athletes did very well. As a team they did well and had a great time.

Here are some of the top 5 finishers on the team. Monse Serrano finished third in the shot put. Alyssa Slade finished second in the high jump. Emma Gonzalez finished first in the 3200m run and second in the 1600m run. Sean Rhoades placed fourth in the triple jump.

Listed below are team results.