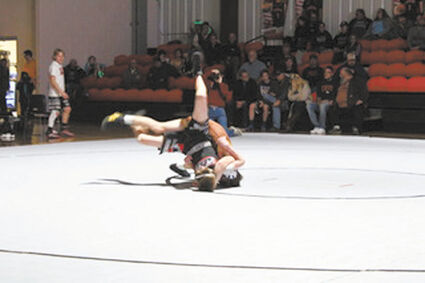 The Burns/Pine Bluffs (B/PB) wrestling team competed last Thursday against Lingle-Ft Laramie/Southeast at home in Burns. The B/PB team won 12 of 19 matches to win the meet. They beat their opponets 48-30. Looks like the Burns/Pine Bluffs team might be on the way to another championship season.