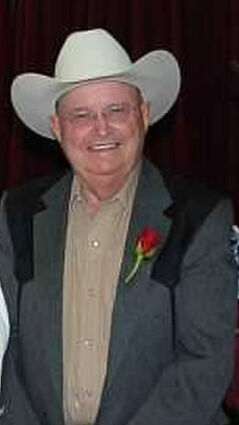 Howard Andrew Foster was born August 10, 1937 to Marion Clay and Gladys (Irwin) Foster on the family homestead northeast of Grover. He died on January 21, 2022 at his home in Greeley surrounded by his family.

He married the love of his life, Roberta Bridge, at the Pine Bluffs Baptist Church. On February 7, Howard and Roberta would have celebrated their 62nd year of marriage. He is survived by Roberta, their four children; Penny (Shane) Anderson, Debra (Mike) Morris, John (Kimberly) Foster, Brian (Jeanette) Foster, eight grandchildren and fourteen great grandchildren. One grandson, Carlos Everitt predeceased Howard. The grandchildren and great grandchildren were the light of his life. He is survived by his sister Althea Dudley. He is predeceased by his two sisters and four brothers.

Howard attended Grover School. He began ranching and farming at an early age and continued farming in the area of his family homestead until his passing. Howard's favorite pastimes were team roping and hunting. These were his favorite activities because he was able to enjoy them with his sons, grandchildren and great grandchildren. He rarely missed watching a ballgame when any of the kids played, traveling to many far flung schools. Howard was a champion pool player and won a number of pool tournaments. Howard enjoyed many a liar's poker game with the "coffee club" - loser bought.

Howard lived his entire life in a small community where friendships were made in his youth that lasted a lifetime. He valued those loyal friendships and his family is grateful and wants to express thanks to those who were in his life and provided many experiences that filled his life with friendship.

Howard's family is thankful for the cardiac unit at Anschutz Medical Center which installed a LVAD (battery operated heart assist device) in December of 2014-he lived with the LVAD for 7 years. Howard suffered dementia in the final years and Roberta was his loving caregiver and he was able to stay in his own home.

In lieu of flowers the family requests that donations be made to "Pathways Hospice" in care of Adamson, 2000 47th Ave., Greeley, CO 80634. Friends may leave condolences at AdamsonCares.com.