Hornets come out on top at Bayard Meet 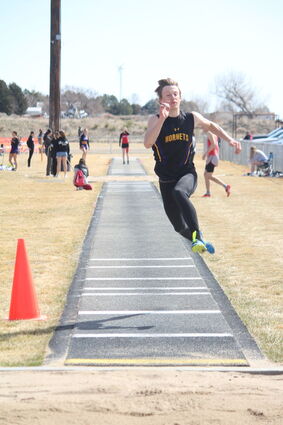 On April 2, 2022 the Pine Bluffs Boys Track and Field team competed in the Bayard CD Invitational Track and Field meet held in Bayard, Nebraska. The team competed against different divisions both upper and lower. The Pine Bluffs Hornets came out on top with a score of 86. It was a good day for the Hornets with several of the athletes finishing in the top three in their event.