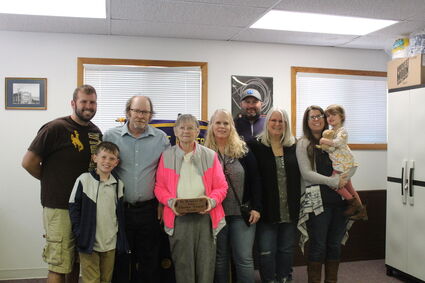 Each Lions Club family was presented a brick with the Lions Club members name. The bricks will be placed at the memorial wall at the Allen H. Stewart Lions Camp in Casper, Wyoming.

The first Pine Bluffs Lions Club member was Charles " Chuck " Lyons. He became a Lion on November 1st 1982, Chuck served 39 years. He also served in the United States Navy. Lion Chuck was well known as the Pine Bluffs Santa Claus for many years. Throughout his time he...