Music to the ears during Burns Day 2022 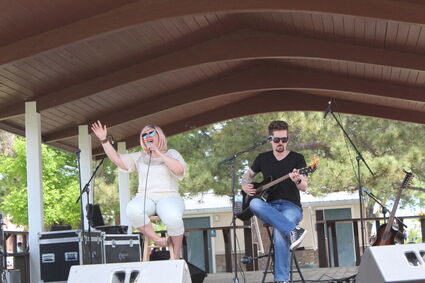 Above left: Rachel and Dusty Bemgford of City Creek Band of Cheyenne.

The music was flowing in down town Burns. On June 11th at 11 a.m. the start of six bands were playing for Burns Day. There were two stages, once one band was finished the next band was beginning. The music was non-stop for the whole time, up to 11 p.m.

The first band was a two person band by the name of City Creek Band from Cheyenne. They performed cover songs and requests. Their music was a variety.

The second band was Country Club from Cheyenne. They are very poplar throughout the area. The band only plays country music that people love to dance to. Most are cover songs but the music is u...