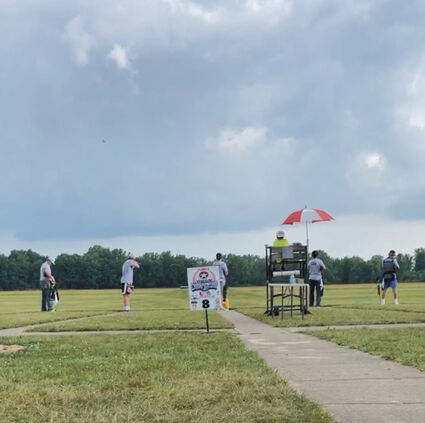 Top left: Trap shooters on the line waiting to shoot.

A while back we wrote about a group of students from Burns High School that wanted to participate in a trap and skeet shooting team. Bryce Humphrey, Kody Foley and Madison Foley found a team in Cheyenne. They teamed up with Cheyenne East High School last year and will again be competing with the Cheyenne East High School Trap and Skeet shooting club this year. The team should be looking for great things from the Burns participants as they did very well last year.

The team competes in the 1A Conference 1 for Skeet shooting. And they did very well. The Skeet shooting team took second. Indi...