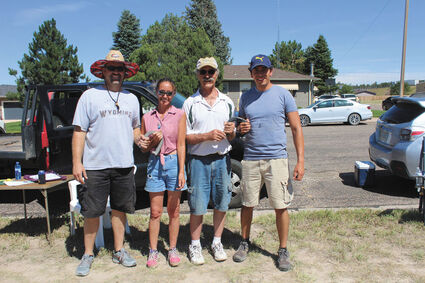 The Trail Days Horseshoe Tournament was held on Saturday Aug 6th. Citizens are still concerned about large gatherings but still there was a good turnout for the event. There were eight teams that competed in the tournament mostly Pine Bluffs residents. Each team consisted of two participants and played in a round robin contest. All contestants were from Pine Bluffs except as noted.

The team of Brian Andreas (from Cheyenne) and Anthony Garcia took top honors.