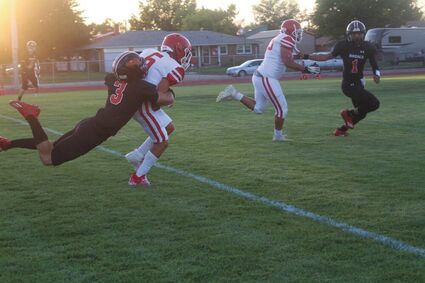 New head coach Travis Romsa had been working hard with the Burns Broncs football squad this year. He was looking to turn the tide and have a better season than the 2-7 season of last year. The team hosted the out of state Yuma, Colorado team last Thursday. It would be a disappointing outcome but many lessons were learned and the team will practice and improve on them.

The Broncs defense had a problem containing the strong Yuma run game. They were able to hold the Yuma team to no points in the first quarter but Yuma kept running the ball. They would rack up runs of 15 yards, 17 yards and 19...