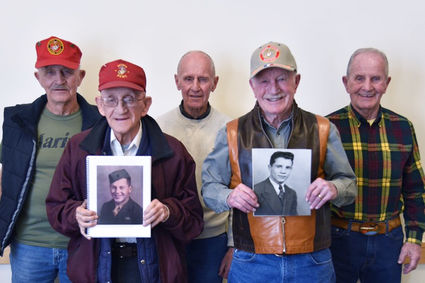 This has been certainly a nice place to stay and the people down here have treated us great, but I'll be glad to be getting out of here as any place gets old fast no matter where you are, unless you're home."

Eisenhauer was writing from Camp Lejeune in New River, N.C., June 25, 1943. He was then part of the Marine Paratroopers. He qualified as a parachutist on March 13, 1943.

As he wrote to his mother, from boot camp, when he decided to join the unit:

"I thought it over good as I met all of the requirements and the pay is increased $50.00 after my training period is over, I don't...