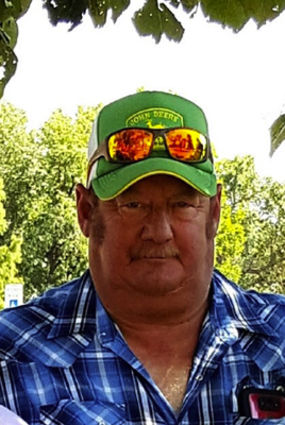 Courtesy of the Winter family

Charles"Bryan" Winter, 56, of Dix, died at his home on Thursday, October 5, 2017. Funeral services will be held at 10:00 a.m. on Tuesday, October 10, 2017 at the Cantrell Funeral Home in Kimball with Pastor Dan DeBruyn officiating. Burial will be in the Pine Bluffs Cemetery. Visitation will be held from 8:00 a.m. until service time on Tuesday at the funeral home. Memorials may be given to the family. Friends can visit http://www.cantrellfh.com to view the online obituary and leave condolences for the family. The services for Bryan have been entrusted to the Cantrell Funeral Home.

Charles "Bryan" Winter was born Greeley, Colorado on June 8, 1961, the son of Charles and Diane Winter. He was raised and received his early education in Greeley. He moved with his family to Pine Bluffs, Wyoming and graduated from the Pine Bluffs High School in 1979, Bryan worked for the UP Railroad for a short time before going to work for Lodgepole Valley Potato in Pine Bluffs, working there until 1987, He was married to Tina Owen on October 16, 1987 in Cheyenne, Wyoming. Bryan then went to work for Brown Enterprises and worked there until 2007 when he went to work for Fornstrom Farms. In 2012 he moved to Dix and worked for C & B Farms until becoming disabled due to a back injury. He enjoyed fishing, nascar, watching the Denver Broncos, riding motorcycles and searching for great deals on line. He was active in supporting his children in their events. Farming was his passion and he enjoyed farming with his son Brandon.