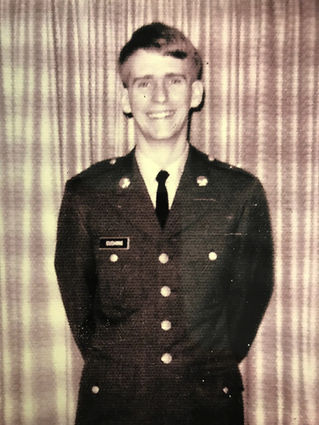 William "Bill" Cushing was 19 years old when the first draft lottery was started.

"I was surprised that my number was 23. So I knew if I didn't go to college I would be drafted right away." Cushing said. At that time someone could get a student deferment to attend college, but that ended a year or so later. "I was 'grandfathered' in so I made it through graduation from what is now the University of Nebraska at Kearney.'" Said Bill. One month after graduation his son was born and a month after that Bill got his draft notice.

Bill went into the Army on December first of 1972, one of the few last draftees from Nebraska. The draft officially ended about two months later on January 27, 1973.

During advanced training (AIT) at Fort Leonard Wood in Missouri Bill was "drafted" again, this time into the Army Security Agency. To be in this part of the service he was investigated and received a Top Secret security clearance.

Since no more draftees were being sent to Vietnam he was sent to Sinop, Turkey. The base was on the Black Sea 165 miles across from the Soviet Union. Though much of what Bill did was classified he was able to bring his wife Mary and their young son over to live with him. The base was made up of Army, Navy, Air Force and one Marine. "It was quite an experience and we were able to meet and get to know the Turkish people by living off base and renting a house from a Turkish couple." 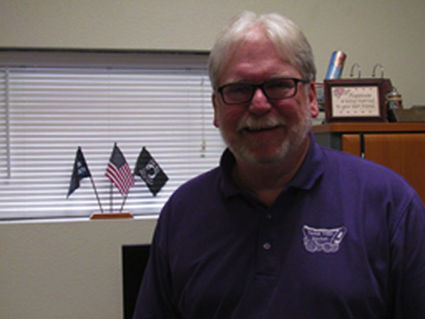 After getting out of the service Bill took a job with the Nash Finch Company and worked in several grocery stores in Cedar Rapids, Iowa and Grand Island, Nebraska then for an independent storeowner in Schuyler, Nebraska for 11 years. When that store was sold he went to work at a grocery store in Sundance, WY for 6 years before coming to Pine Bluffs 20 years ago.

"I feel that the service is a good experience especially now if you are uncertain of your future plans. I gained a lot from my time in the service. I was very shy but, thanks to an NCO who pushed my into doing things I really felt uncomfortable doing, I overcame most of my shyness." "Pride in America is something that is felt when you see another country and get to know how the people of that country live. You can't help but compare and realize how much freedom we have here."