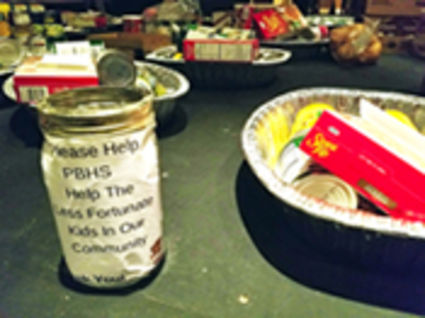 This Thanksgiving, the Pine Bluffs High School Student Council and Future Business Leaders of America (FBLA) are working together to make Thanksgiving baskets for local families in need. Todd Sweeter, the principal of PBHS, had this idea because there are families in our community who may not be as fortunate this Thanksgiving. "This is one way we help the community by providing a good Thanksgiving meal to people who might be down on their luck this holiday season," says Mary Jacobsen, the sponsor for FBLA. Although FBLA has done it before, this is the first year the Student Council and FBLA have worked together to make the Thanksgiving baskets. "I am so thankful that this program has been such a success for the first time around," says Ashley Rousseau, the Student Council sponsor. 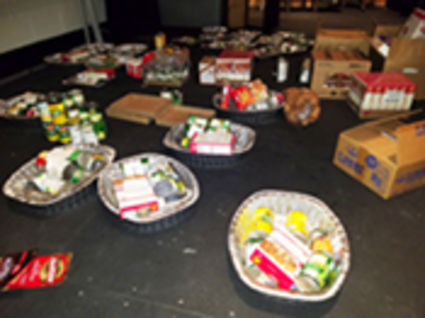 Members of the Student Council and FBLA go door to door collecting Thanksgiving foods including turkey, cranberry sauce, quick mashed potatoes, gravy, stuffing, and cans of green beans, corn, pumpkin, and yams. People can also donate money, which is then used to buy more food for the baskets. All of the donated food is collected and packaged at PBHS. On November 20th and 21st, members will deliver the baskets to the families who signed up.

The Student Council and FBLA understand that Thanksgiving isn't just about the food. "I honestly think that as long as you have your family and have some food to eat, it's Thanksgiving," says Sydnie Fornstrom, a member of FBLA and Student Council. Providing Thanksgiving baskets is a good way for the students to say thank you to the community for all they do to support the school. "It's the least we can do," says FBLA member, Savannah Norman. After all, in a small community like Pine Bluffs, everyone is family.