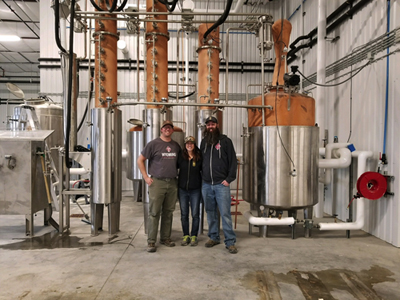 The release of "Rock Ranch Vodka," made entirely with local grains, caps months of growing, harvesting and hard work by Pine Bluffs Distilling, owned and operated by Chad and Kathy Brown and Gene Purdy.

Mixologists describe Rock Ranch as the "Swiss Army Knife" of vodkas because it works just as well in a Bloody Mary or Moscow Mule as it does in a basic dry martini, making it the only vodka a person will ever need.

"We've worked hard to produce our...