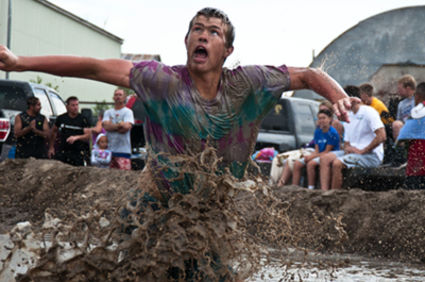 Nineteen teams participated in the 26th annual tournament with 37 games being played between two courts. Trophy balls were awarded to four players. Doug Fornstrom and Conner Graves received a ball for serving 15-straight points to win a set. Colby Lamb and Dan Haukap received awards for "under the water over the net awesome play." Taking first at the tournament was Off in the Woods of Pine Bluffs. All in the Family earned second place. The 2007 tournament was the largest played. Thirty-one teams participated.