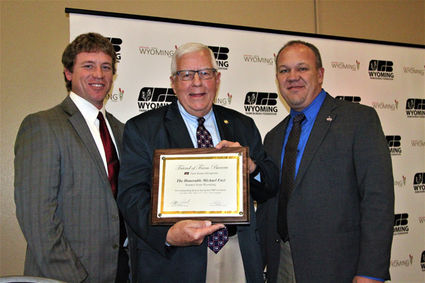 November 15, 2018-United States Senators Mike Enzi and John Barrasso and Congresswoman Liz Cheney, all R-Wyo., were each named a "Friend of Farm Bureau" for the 115th Congress for their support of America's farmers and ranchers and food security for consumers. This award, presented by the American Farm Bureau Federation (AFBF), is given to members of Congress who have supported Farm Bureau's position on policy issues as demonstrated by their voting records. 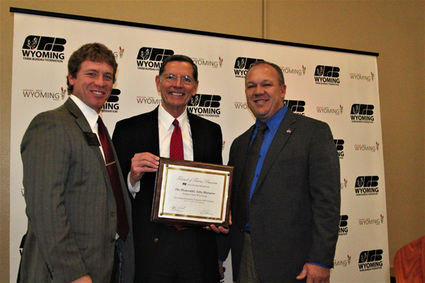 Senator Enzi and Senator Barrasso spoke to Wyoming Farm Bureau members last week at the 99th annual meeting of the organization. Senator Enzi reflected on both Senators attending the meeting, "That is how important you are," Senator Enzi told the farmers and ranchers. "Thank you for all you do to make sure agriculture is heard in Washington."

"In Wyoming, agriculture has a long and proud history. We know if agriculture is strong, so are our western communities," Senator Barrasso said. "I will continue to fight against Washington overreach."

The Wyoming Farm Bureau Federation is the state's largest general agriculture organization. Members work together from the grassroots to develop agricultural policy, programs and services to enhance the rural lifestyle of Wyoming.