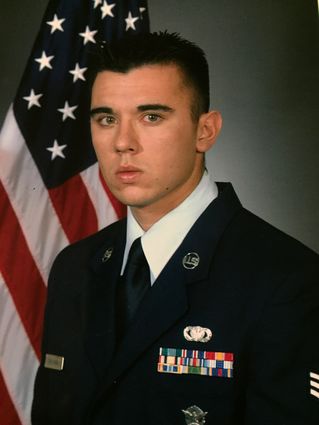 TSgt. Chance Walkama at the end of his first enlistment.

Chance Walkama was born on the west coast in Orange County, California in the mid 1980's. This California boy would find home on another coast as a youngster.

Walkama's family moved to New York, where he would grow up and graduate high school along side of a brother and two sisters. He graduated from Batavia High School and set out to join the military shortly thereafter.

After choosing a branch of the military, Walkama would enlist in the United States Air Force and his travels would take him to Texas for basic training and his first duty station after tech school would be Wyoming's own F...