Saying Goodbye to a Legend 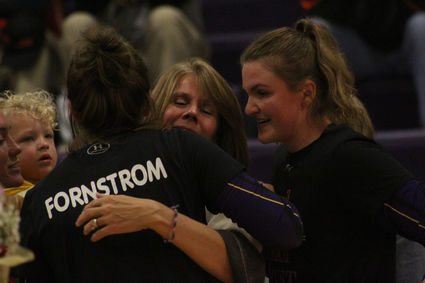 In our small community, it is likely that you will know most of the people that you run into. However, when you hear the name Lisa Gilbert , it's certain everyone knows who she is and what an outstanding coach she has been, ranging from Albin to Pine Bluffs for roughly 33 years. As an assistant coach, she was a part of four state championships, 1987, 2002, 2003, and 2004. As a head coach she lead the team to a state championship in 2005. Volleyball hasn't been the only thing she coached throughout the years, she also coached basketball in '87-'88 as the assistant coach and she was an assist...