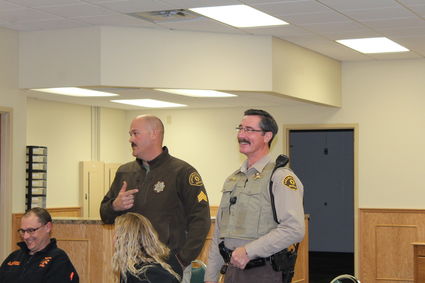 The Burns town council meeting opened with several requests for building permits as the weather allows residents to add on and upgrade. Ambulance director Jeff Bartels reports that there were 181 calls for the 2019 year, that's up about thirty percent from last year, and as we move into the new year the month of January has already seen eleven calls with about a fifty percent response rate.

The Ambulance service has lost one EMT as Mike Atonis resigned due to a move to Arkansas, however, there are several possibilities for new EMTs as those finish their training. The standard operating pro...