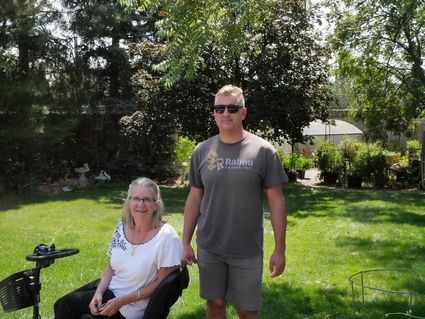 Above: Deb Palm-Egle and son Josh Egle take a moment and enjoy the day.

A pioneer in Wyoming's fledgling hemp industry accused of growing marijuana for distribution is praising the circuit court judge who dismissed the charges against his mother and him.

"We're relieved that the charges were dropped and appreciate the judge doing the right thing," said Josh Egle, a Denver resident who raises hemp on his land near Albin.

Egle and his mother Deb Palm-Egle were both charged with a variety of marijuana growing and distribution charges after a raid of their farm in November by the state Division of Criminal Investigation.

Under Wyoming law, levels of THC - the activ...