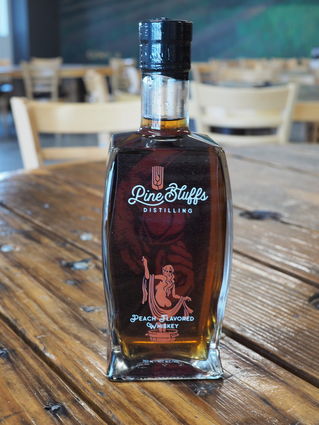 Pine Bluffs Distilling released a peach whiskey, its first ever fruit infused whiskey, on Saturday, Sept. 19 as its last release before a rebrand launch party planned for Nov. 21.

"We've tried a bunch of different fruits and peaches were always the favorite," said Chad Brown, Pine Bluffs Distilling co-owner and founder. "We've done it on a small scale, and it was really good and lined up with a farm being close by."

The Palisade Suncrest peaches used for the whiskey came from Mike McLean of McLean Farms in Palisade, CO.

"We take pride in our farmers and Palisade peaches are known as being s...