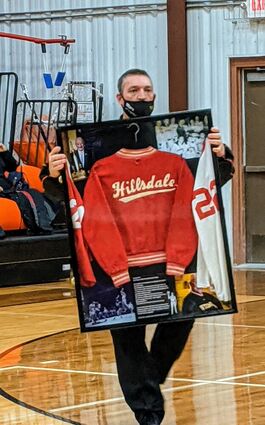 Its funny how a movie can sometimes motivate people to do wonderful things. This is the story of a young basketball star in Burns. Rylee Jo Ward had finished watching the movie "Jump-shot" which was produced by pro basketball star Steven Curry. She was fascinated at the profound effect that a single player had on so many athletes and fans. The player, Kenny Sailors, raised in Hillsdale, Wyoming is credited with the creation of the jump shot. Although he passed years ago, Rylee Jo found out that his 100th birthday would be during the basketball season and wanted to put together something to...