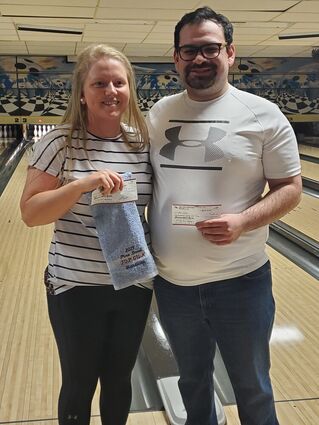 Bowlers from around the tri-state area came to compete at the Pine Bowl for the Annual Top Gun Handicap Tournament on March 13th, and 14th. Due to the storm their second weekend was held March 20th, and 21st.

This was a record breaking turnout for this tournament as a total of seventy eight bowlers competing in the tournament traveling from places in Nebraska, Colorado and Wyoming.

All bowlers bowled a total of 14 games in the four day event. The high scores for the tournament were two hit...