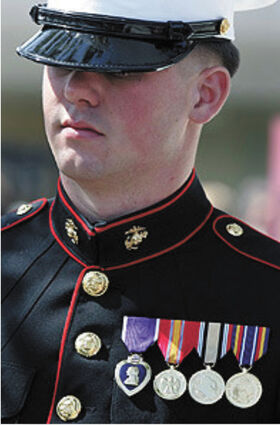 Thurin in his blues with medals for his service in Iraq.

During World War II, almost 500,000 Purple Heart medals were produced in anticipation of the huge number of casualties estimated to result from the planned Allied invasion o...