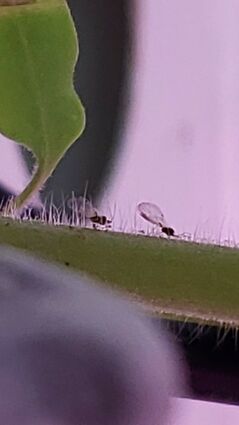 WARNING! This building is home to more than 10,000 predatory wasps. Enter at your own risk.

That is a sign for a greenhouse. Most everybody I've told about it has cringed at the thought. Wasps bring nightmares to most of us because they are aggressive and it hurts when they sting. But when I tell another Master Gardener about this sign they yawn and smile. At best they congratulate me. But then, they know the meaning of the term "predatory wasps".

The wasps most people think of when they hear the term is the paper wasps and hornets that most of us, me included, tend to run from when we see them. Although I always have a laugh when I comment on the sign. A predatory wasp won't sting people, they're too small. Wasps in general are good to have in a garden. All wasps are predators but primarily to other insects, especially those we want to keep out of the garden, the harmful insects. The paper wasps and hornets (the big ones) will sting people when we get too close or they sense danger. But you can learn to live with them. My lavender field is full of them, just like bees. When I'm weeding or harvesting I just move very slowly when they're around and make sure I don't spook them. If there are too many to be comfortable with, I just wait my turn. They'll leave eventually and the little bit of progress I could make instead of waiting isn't worth a sting.

These tiny parasitic wasps (my "predatory wasps") are nearly invisible they're so small. Last year I found them in the greenhouse. I have no idea how they got there in the middle of winter but I was happy to see them. To get a pretty good look at them I had to use a 60x magnifying glass. Then, to get a photograph I had to use the magnifier on my phone in addition to the magnifying glass. The predatory wasps kill insects by laying their eggs inside the insects. The insects don't die right away but once the eggs hatch the larvae feed on the insect. They're a bane to aphids and spider mites. As tiny as they are, they are also excellent control for tomato hornworms and cabbage worms. To naturally attract parasitic wasps to your garden plant dill, yarrow, white clover and wild carrot.

The goal, though, isn't to completely rid yourself of the harmful insects. If you do you'll also kill off the beneficial insects. They have to have something to feed on so keeping some harmful insects is actually a good thing. Right now my peppers look pretty bad with all the honeydew from the aphids on the leaves. Honeydew is the sticky waste products of aphids and other harmful insects. It gets on everything. Fortunately it's soluble in water so it washes off easily with a wet rag. Then there are what most people would call an insect infestation on the leaves as well. Yet if you look more closely you'd find that what you see is the carcasses of dead aphids. Live aphids are there but they aren't prevalent. My ladybugs are taking care of them just about as fast as they hatch. Of course, as low as they're keeping the aphid population it's also hard to find the ladybugs. The only way I know they're still around is from all the aphid carcasses and the ladybug larvae that show up periodically. While aphids are born pregnant, ladybugs mate then lay eggs. And the plants are still healthy even with the honeydew and aphids. 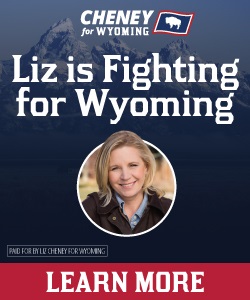 Another tiny beneficial insect of the green lacewing. Also called the "Aphid Lion", the green lacewing is about one half inch long when it starts metamorphosis and slightly longer when it emerges from its cocoon. The larvae is insatiable, constantly feeding after hatching because it grows so rapidly. I watched a video of a lacewing larvae feeding. It ate an aphid each minute. That's 1,440 aphids per day for each larvae. Since they're purchased by the thousands, that's a lot of aphids. The adults usually aren't predatory preferring to eat honeydew from the leaves, pollen and nectar. The adults are pretty good pollinators. Lacewings are great to keep in the garden for both pest control and for pollination. If you have a greenhouse, they're probably the best insect to attract and keep happy. Lacewings are attracted by a good water source and flowering weeds. It's not like we don't have those.

Although we often consider them pests, centipedes and millipedes are valuable in the garden. Centipedes feast on soil-dwelling pests such as slugs while millipedes break down organic matter in the soil so it can be used by the plants. You can often find these little critters under leaves that have died and are starting to decay or under other debris, even under boards that are laying on the ground. This is a good reason not to clean out your debris in the garden at the end of the season. Let the beneficial bugs use it to nest and wait out the winter, then clean it out in the spring.

The praying mantis is another beneficial insect that's a keeper in the garden. In fact, if I find a praying mantis as I travel I try to catch it to bring back to my garden to release. I've been surprised at how many I've found once I started paying attention. The mantis is quite large and easy to spot unless it's on vegetation. In that case, its color often blends in with the stems and leaves so it looks like just another part of the plant. In addition to a wide variety of insects, the mantis will also eat tree frogs, lizards and mice. On the down side, they will also eat the occasional hummingbird. They are terrific predators. The praying mantis is attracted by tall grass and shrubs that provide shelter and by planting roses and plants in the raspberry family. However, using chemicals will either kill the population or drive them away.

We've all seen ladybugs. You know, those pretty little orange or red bugs with black spots? The ones that will crawl all over you in the summer? Yeah, well, just be glad you're as big as you are. If you were smaller than them you wouldn't want to see them coming. They are absolutely voracious and will eat any soft-bodied insect that comes in their range. They'll even fly to another area if there aren't enough insects where they are. The first time I released ladybugs it was a marvel to watch them roll over the aphids, eating them in waves. Next time you think about treating your lawn for dandelions, think again. They attract ladybugs which is one of the primary beneficial insects in the garden. FYI. Dandelions are good for the soil, too.

Chemicals aren't always the answer to pest control. In fact, they should be a last resort. Using beneficial insects is easier, cheaper and healthier. You don't have to buy beneficial insects, either. Just by planting the right companion plants and by providing the right environment you can bring them to your garden naturally. If you have any questions, ask a Master Gardener. It's what we do.